3iWebExperts uses different frameworks to build and construct a web-enabled application from a simple application to a complex AJAX-rich application. We are working on supporting web applications and dealing with the customisation regularly with this framework.

A web framework is a software based framework that is designed for developing and supporting various web applications including web services, web resources, and web APIs.

It also provides a standard way to build and deploy web applications on the World wide web. The Web frameworks aim to automate the overhead integrated with common activities performed in web development. For example, many web frameworks provide libraries for database access, templating frameworks, and session management and they often promote code reuse Although they often target development of dynamic websites, they are also applicable to static websites.

The Laravel is a software-based framework that is designed for developing and supporting various web applications including web services, web resources, and web APIs based on the PHP framework and intended with the MVC. 3iWebExperts implements the Laravel to build and construct a web-enabled application from a simple application to a complex AJAX-rich application. Laravel is a web application framework with an expressive, elegant syntax. We believe development must be an enjoyable, creative experience to be truly fulfilling. 3iWebExperts attempts to take the pain out of development by easing the common tasks used in the majority of web projects, such as authentication, routing, sessions and caching.

KIvy is an open-source Python library for rapid development of applications that make use of innovative user interfaces, such as multi-touch apps. Kivy is cross-platform using which the same project can be used for android, iOS, Windows and OS X.

Kivy is compatible for Linux, Windows, OS X, Android, iOS and Raspberry Pi. There are no such issues while running the Kivy application on several platforms mentioned above. It does support most of the input, such as Multi-touch mouse simulators, protocols and devices including WM_pen and WM_touch, Mac OS X, Trackpad, Magic Mouse is included.

Kivy provides a better representation of all the functionalities present in the program, that includes classes or widget configuration. Kivy represents an open-source Python library that is designed for rapid development for representing unique User Interface for an application. These also include multitouch functionalities for which are essential for smartphone apps.

Tell us a bit about your idea. We’ll get back to you within one day and plan our next steps. 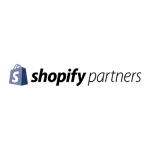 Thank you for your request. Our sales team will be in touch with you shortly.
Unfortunately your message hasn’t been sent due to server unavailability.
Please send it to info@3iwebexperts.com and let our team know about the issue - we apologise for the inconvenience.
Cookie